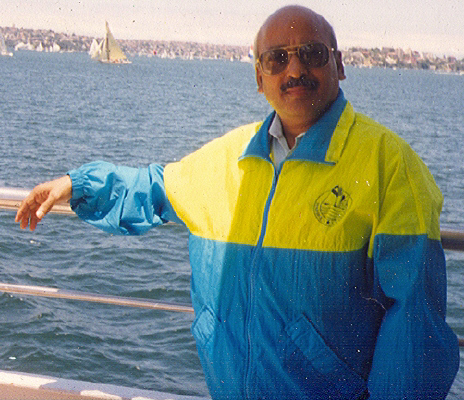 Achievements: Bikas Kumar Sinha is a Professor of Statistics at the Indian Statistical Institute, Kolkata. Professor Sinha graduated from Calcutta University with a First Class in both B. Sc. [ Statistics Hons., 1965 ] & M. Sc.[ Statistics, 1967 ]. He then earned his Ph D Degree in Statistics from Calcutta University in 1972. Immediately he was inducted as the youngest faculty member in the Department of Statistics, Calcutta University. In 1975 began Professor Sinha's illustrious career of Teaching/ Research / Consultancy all over the world. His Quality Teaching and Collaborative Research skills earned him international recognition and enabled him travel extensively. Professor Sinha was awarded "PC Mahalanobis Gold Medal : 1980 " by the Sadharan Brahma Samaj for his contributions in Statistics. He was appointed an " Expert on Mission " for United Nations Statistics Training Programme on Survey Methodology in 1991. He was also appointed a Consultant for the United States Environmental Protection Agency [ USEPA ] in 1993. Professor Sinha has served as a Visiting Faculty in a number of universities in USA &Canada and has visited a host of universities as Research Collaborator / Invited Speaker [in International Conferences] in all the continents.
Professor Sinha has co-authored TWO Research Monographs in the area of Design of Experiments :Theory of Optimal Designs [ Springer-Verlag Lecture Notes in Statistics, No. 54, 1989. Topics in Optimal Designs [ Springer-Verlag Lecture Notes Series, No. 163, 2001]. He has also co-authored one graduate-level text book published by John Wiley on Finite Population Sampling. Besides these three books, Professor Sinha has authored / co-authored more than 100 research articles published in National & International Journals. Professor Sinha is an ELECTED MEMBER of the International Statistical Institute since 1985. Professor Sinha has served on the Editorial Board of several National & International Journals in Statistics. He also served as the Editor of Calcutta Statistical Association Bulletin for 10 years. Professor Sinha was elected the President of the Section of Statistics of the Indian Science Congress Association for the academic year 2001-2002 which took place at Lucknow University. His Presidential Address was titled : Glimpses of Design Optimality Criteria: Of late, Professor Sinha has been nominated as a Member of the National Statistical Commision [NSC], set-up as an Apex Body by an Act of Parliament and operationalized on July 12, 2006. This is the highest policy-making body for Indian Statistical System. The Chairman of the NSC is Professor Suresh Tendulkar and other Members are Dr. Surjit Bhalla, Dr. Padam Singh and Professor Amitabh Kundu. This Commission will work for 3 years. Professor Sinha will enjoy the status of Secretary, Government of India, as a Member of the NSC. More details...