Speaker Details of Dr. Dominik Slezak for the event ICBAOR 2019 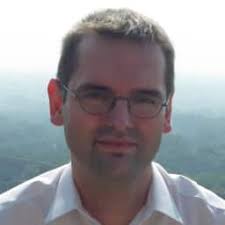 Achievements: Dominik received M.Sc. degree in Mathematics (1996) and Ph.D. degree in Computer Science (2002) from University of Warsaw. In his early academic career, he worked as Teaching Assistant at Polish-Japanese Institute of Information Technology. In 2003-2006, he worked as Assistant Professor at University of Regina in Canada. He also cooperated as Adjunct Professor with McMaster and York University. In 2008, he moved back to Poland and re-joined University of Warsaw, where he currently holds professorship position at Institute of Informatics. In 2011, he received D.Sc. degree from Institute of Computer Science of Polish Academy of Sciences.

Dominik is continually engaged in both academic and commercial R&D initiatives, in the fields of Artificial Intelligence, Machine Learning and Big Data. In 1999, he co-founded QED Software with the aim of developing new, easy-to-interpret Data Exploration methods. In 2005, he co-founded Infobright - a database software company whose Granular Analytics technology was acquired by Security On-Demand in 2017. Currently, apart from his work for University of Warsaw and QED Software, he serves as Chief Scientist at Security On-Demand and he is an expert in several EU-funded projects in the areas including Online Gaming and Advisory Systems.

Dominik co-authored over 200 scientific articles and he is co-inventor in six US patents. He organized over 20 conferences in Europe, Asia and both Americas. He delivered plenary talks at over 20 international congresses including a keynote at IEEE/WIC/ACM Conference on Web Intelligence in 2015. He is Associate Editor for several scientific journals and he was one of Founding Editors of Springer’s CCIS Series. In 2012-2014, he served as President of International Rough Set Society. Currently, he serves as Vice-President of Polish Artificial Intelligence Society and Vice-President of IEEE CS Technical Committee on Intelligent Informatics.
More details...