Professor C. R. Rao (Calyampudi Radhakrishna Rao) is among the great Indian Statisticians, the world ever has seen, and we are all proud of witnessing his birth centenary year in 2020. The virtual conference ALAPS 2020 will be organized by CARAMS, MAHE, in honor of him, celebrating the birth centenary year.

Many of his great students, collaborators, and his admirers are expected to take part, share their thoughts on Rao and knowledge to celebrate the occasion, inspiring the young minds participating in the conference.

The theme of conference is focused on, but not limited to the following topics:

The conference consists of several invited talks from different mathematicians and statisticians who are associated with Prof. C. R. Rao or working in the area in which Rao contributed. Organizers welcome contributory talks (video recorded, 10+2 min each) from the participants, on the topics from the theme area.

Speakers and participants may join through the web link appearing on the individual page (My Page) of CARAMS, which requires registration for the event. Alternatively, a limited number of delegates may join the event from any of the following locations with due consent from the organizers:

About C. R. Rao
Calyampudi Radhakrishna Rao was born on 10 September 1920, in a small town in south India called Hoovina Hadagali, then in the integrated Madras Province of British India, but now in a Bellary district of state Karnataka. He was the eighth child (out of ten: six boys and four girls) of his parents, C. D. Naidu and Laxmikanthamma.

C. R. Rao completed his high school education and the two-year intermediate course with mathematics, physics, and chemistry from Mrs. A.V. N. College at Vishakapattanam, where his father settled after his retirement. He earned an M.A. degree with first-class honors (and with the first rank) in mathematics at Andhra University in 1940.

After completing his M.A., C. R. Rao applied for a research fellowship in mathematics, but this was rejected due to late submission. During the time of his job hunting, CRR casually visited Indian Statistical Institute (ISI), an institute established by Prasanta Chandra Mahalanobis (1893 – 1972) in Calcutta (Kolkata) in 1931, and people around there said that statistics was a subject of the future. CRR joined the course “training in statistics’’ offered by the ISI in January 1941. Six months later, Rao joined Calcutta University, which had just started a Master’s degree program in statistics, the first of its kind in India. He completed the course with first-class honors, first rank, and a gold medal in 1943. He was first among the first five people to receive an M.A. degree in statistics from any Indian University.

In August 1946, CRR visited England on the invitation of J. C. Trever to work in the Anthropological Museum. He joined King’s College and registered for a Ph.D. degree under Ronald Aylmer Fisher (1890 –1962). Professor Fisher suggested that CRR should conduct some experiments with mice for mapping of chromosomes, which he then did in addition to full-time work at the Museum. The work in the Museum involved the statistical analysis of measurements made on skeletons excavated in Jebel Moya in Sudan. Based on the work he did at Museum, CRR received a Ph.D. degree from Cambridge University in 1948 with the thesis entitled “Statistical Problems of Biological Classifications’’. In 1965 he received the Sc.D. Degree from Cambridge University on his overall contributions to statistical theory and applications.

C. R. Rao returned to India in August 1948, marrying Bhargavi (April 28, 1925-July 24, 2017) on 9 September 1948. Professor Mahalanobis then offered Professorship at ISI as well as the headship of Research and Training School in 1949. He served in this position till 1963. Being an inspiring teacher, over the years about 50 students have completed a Ph.D. thesis under his guidance. CRR was the Director of ISI from 1963 to 1972. After the death of P. C. Mahalanobis in 1972, CRR was appointed Director and Secretary of the Indian Statistical Institute, he held the position till 1976. He then continued in the ISI as a Jawaharlal Nehru Professor till 1984. During this period, he took leave from ISI in 1979 and went to the United States to accept a University Professorship at the University of Pittsburgh. During the period 1987-1992, Rao also held the prestigious National Professorship in India. He moved to Pennsylvania State University in 1988, where he was offered several chair positions. He retired from Penn State at the age of 81 but continued doing research as Director of the Center for Multivariate Analysis at Penn State until 2008. After that, he has a position as a Research Professor at the University at Buffalo.

In 1954, C. R. Rao collected some data from Japan in order to study the long-term effects of radiation caused by the Hiroshima and Nagasaki atom-bomb explosions. In the statistical analysis, he encountered with the situation of finding a matrix to replace the inverse of X’X, where X is the design matrix appearing in the linear model; here the matrix X is not a full column rank matrix and X’X is singular and so the inverse was not defined. This led to a pseudo-inverse, which C, R. Rao introduced in his 1955 paper `Analysis of dispersion for multiply classified data with an unequal number of cells’ in Sankhya. This was the same year that R. A. Penrose published his paper on the generalized inverse. [Proc. Cambridge Philos. Soc. 51: 406-413 (1955)]. An interesting note to be made here is that the notion of pseudoinverse, initially defined for the operators, was introduced by Moore in 1920, the year in which Rao was born. C. R. Rao then discovered the key condition for a generalized inverse G of a matrix A satisfying the equation AGA = A and introduced the notation G = A^- . The calculus of g-inverses and the unified theory of linear estimation were then presented in 1962. The subject of g-inverses was further developed with the help of his colleagues at the ISI, leading to the full-length monograph with Sujith Kumar Mitra, Generalized Inverse of Matrices and its Applications, published in 1971. Using the concept of g-inverse, Rao developed a unified theory for linear estimation, noting that g-inverses were particularly helpful with explicit expressions for projectors. He introduced the Inverse Partitioned Matrix (IPM) method [Unified theory of linear estimation, Sankhya Ser. A 33: 371-394 (1972)] for computing summary statistics for the general linear model. Linear models, which have wide applications in statistics, have also provided outlets for some basic research in Linear Algebra: the special issues on linear algebra and statistics of Linear Algebra and its Applications [Vols. 67 (1985), 70 (1985), 82 (1986), 127 (1990), 176 (1992), 210 (1994)] bear witness to this. Some of Rao’s contributions are a general matrix inequality, separations for singular values and eigenvalues, matrix approximations and reduction of dimensionality, and Kantorovich type inequalities.

C. R. Rao has developed statistical estimation theory in small samples, extending the scope of statistical methods in practice. Many results in this area bear his name, such as the Cramer-Rao lower bound, Rao-Blackwell theorem, Rao-Blackwellization, Fisher-Rao theorem, Rao’s second order efficiency, and the Geary-Rao theorem on Pitman closeness criterion. Rao’s orthogonal arrays were a major contribution to research in coding theory and in experimental design – especially in industrial experimentation as developed by Genichi Taguchi. C. R. Rao has made pioneering contributions to the development of multivariate statistical analysis, especially with the concept of Rao’s quadratic entropy, Rao’s U-test, Rao’s F-approximation to the likelihood-ratio criterion, and canonical coordinates. He has also introduced a broad class of asymptotic tests of hypothesis, including Rao’s score statistic and the Neyman-Rao statistic; he has used differential-geometric techniques in discussing problems of statistical inference, based on Rao’s distance function.

C. R. Rao has been awarded several honorary doctoral degrees from various universities across the world. As per our record, C. R. Rao has received a thirty-eighth honorary doctorate, the latest one from the Indian Institute of Technology, Kharagpur in 2014. He has received numerous awards from different institutions and few to mention are the following. He received the Shanti Swarup Bhatnagar Award of the Indian Council of Scientific and Industrial Research, from Prime Minister Nehru in 1963. C. R. Rao donated the entire prize money to the National Defense Fund saying that “The country’s need is greater than that of an individual scientist”. In 2002, C. R. Rao received the National Medal of Science, from the American President, George W. Bush calling him “a prophet of a new age”. In 2009, he received the India Science Award given by the Prime Minister of India “for his significant contributions to the field of statistical science during an illustrious career spanning six decades”. C. R. Rao received Guy Medal in Gold of the Royal Statistical Society 2011, the highest award given to a statistician in the UK. The government of India honored C. R. Rao in 1968 by awarding him the title of ‘Padma Bhushan’ and in 2001 by awarding ‘Padma Vibhushan’, among very high civilian award.

C. R. Rao has published over 30 books in statistics, mathematics, and econometrics and 375 research papers in statistics, probability, and mathematics specializing in statistical estimation theory, multivariate analysis, characterization problems, combinatorics and design of experiments, differential-geometric methods in statistics and mathematical genetics, and, of course, generalized inverses of matrices and matrix methods for linear models. Among these research papers, 201 papers were published while working in ISI and 274 while working in the USA. His book entitled Linear Statistical Inference and its Applications, which is one of the most cited books in the statistical and social science literature, has been translated into six languages and includes a rather substantial collection of linear-algebraic and matrix –theoretic “complements”. There is a very useful 40-page appendix on matrix algebra in his book with Helge Toutenburg entitled Linear Models: Least Squares and Alternatives.

For more details, readers are referred to

A Brief Biography and Appreciation of Calyampudi Radhakrishna Rao, with a Bibliography of His Books
and Papers by Simo Puntanen and George P. H. Styan appeared in Linear Algebra and its Applications 237/238:1-40 (1996)
( https://www.sciencedirect.com/science/article/pii/0024379595000275 ) 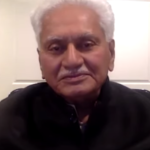 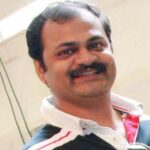 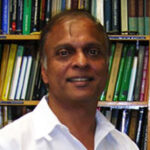 Professor of Mathematics and Statistics 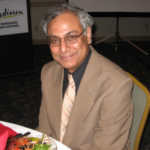 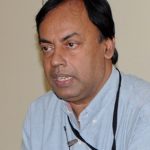